How to Write Conversational Lyrics 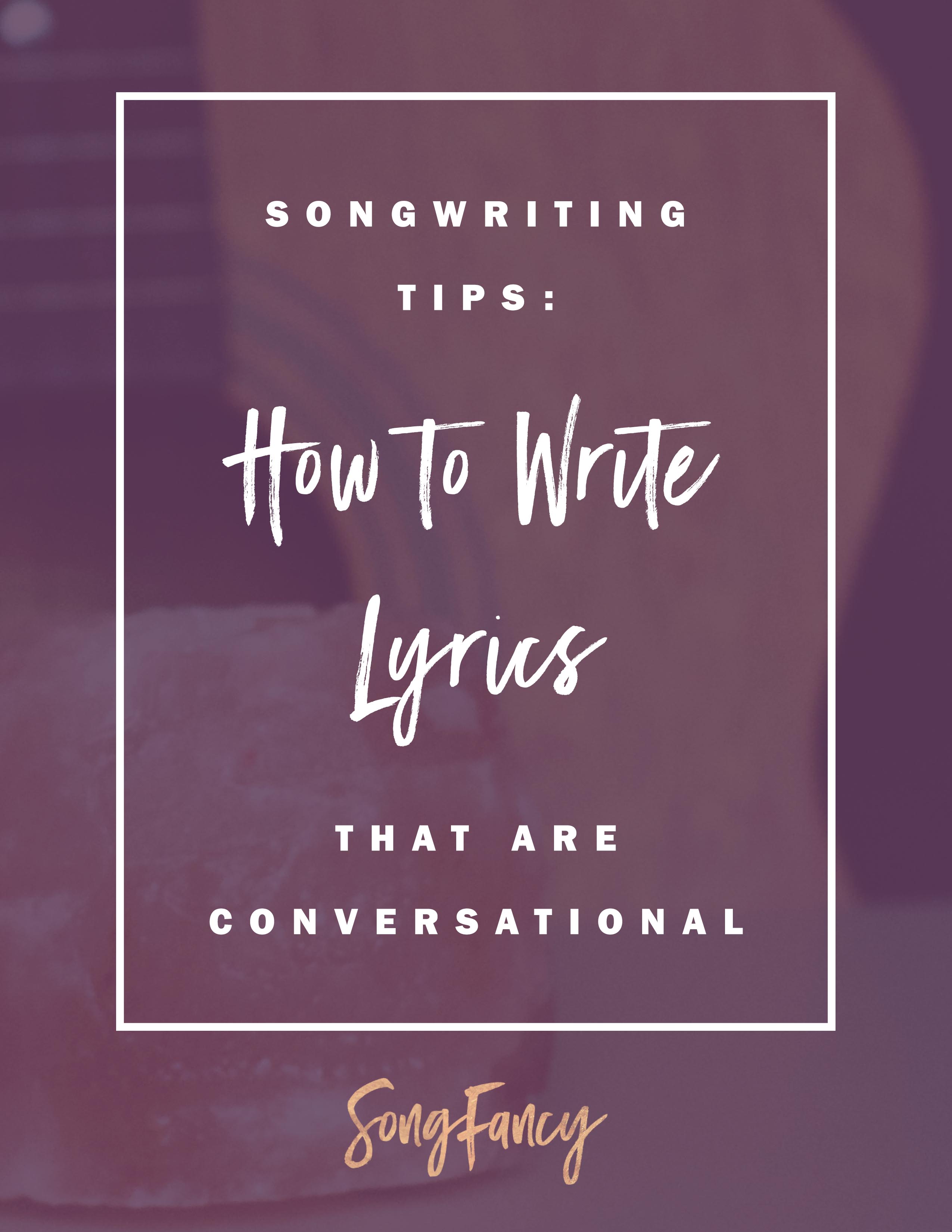 There are many songwriting techniques you can use to write amazing and impactful lyrics. Here, we’re gonna take a close look at one specific way: Writing conversationally. Yeehaw!

A conversational lyric is a great way to approach your next song – but it’s by no means the only way to write great words. It’s one tool to keep in your toolbox, and a super easy way to get your songs communicating loud and clear to anyone listening.

Conversational lyrics are just that: Like having a conversation.

Think about the last time you had a conversation with a friend in person:

I’m willing to guess there was a lot of eye contact, some nodding or shaking your heard. There probably were some gestures, some talking with your hands. Body language was used. The tone of your voice went up and down depending on the point you were making. You probably used a variety of different visual and vocal cues to communicate with each other.

Now, think about the last time you had a conversation over the phone.

Gesturing and body language don’t apply when you’re on the phone. So you most likely relied completely on your tone of voice and other vocal dynamics to talk to each other.

Now, think about the last time you heard a brand new song on the radio. Something you really liked.

You might have started tapping your hands on the steering wheel of your car at the first verse. You might have been singing along at the second chorus. Heck, you might have even started busting out some harmonies the last time around.

Conversational lyrics help your listeners get into your song quickly and remember it long after it’s played.

Writing lyrics that are conversational is one songwriting technique to help your song immediately get into the heads of  your listeners.

This is because lyrics that are conversational are easy to grasp. They don’t talk above anyone’s head. They’re simple in nature, just like a conversation you would have with a friend. Your listener don’t have to do any serious thinking to figure out the song as it’s playing. They don’t have to replay the song more than once in order to get it.

Now, a lot of great songs out there do require a second listen, and that’s ok. But if you’re playing at an open mic or anywhere live, your listeners don’t get the luxury of hitting rewind to hear it again.

If you write conversationally, your listeners will understand very quickly what you’re talking about. There is no overly poetic language. There are no wandering thoughts, side-points, or parenthetical inserts. The story is told cleanly and linearly. Common words are used. No backwards talk, like Yoda. “Hard to understand, this is!”

I know everybody wants you,
That ain’t no secret,
Hey baby what’s your status?
And tell me are you tryna keep it?
Well, they can all back off,
‘Cause I know what I want,
And while I’ve got your attention,
Did I mention…

The first two lines are very direct. She’s talking straight to the listener. In fact, this whole first verse is literally a conversation that she’s having with the guy she’s singing to. “I know everybody wants you, that ain’t no secret.”

She also uses current language in the line, “Hey baby, what’s your status?” It’s totally the kind of thing girls talk about in their cars laughing hysterically when discussing how to approach the guy they like. I’ve absolutely had this conversation myself!

Let’s look at another song: The chorus of “Sit Still, Look Pretty” by Daya.

Oh I don’t know what you’ve been told,
But this gal right here’s gonna rule the world.
Yeah that is where I’m gonna be, because I wanna be,
No I don’t wanna sit still, look pretty.

She is very plainly stating that she is going to rule the world. That’s where she’s going to be because she wants to be. The end. Her words are to the point and you absolutely get it. No metaphor, no hidden meanings, no reading between the lines. Homegirl straight up tells you she’s not gonna go through life sitting down.

Here are some amazing-but-not-necessarily-conversational lyrics. One of my favorites, Noah Gunderson’s “Slow Dancer”:

She watched the valley burn like a slow dancer doing turns,
My name was on every tongue.
And all of the smoke and ash,
Like the memory of the time gone bad,
Hanging like a shadow.

Gorgeous, right? The visuals, the tone, the setting. You’ve been transported somewhere and its dark and beautiful. He uses loads of rich imagery and metaphor to tell the story, as opposed to just telling it as it is. An incredible lyric, but for our purposes, not an example of what’s conversational.

Wanna know a cool trick for checking yourself when writing conversational lyrics?

I have a great exercise for writing conversational lyrics. It’s super simple and literally involves asking yourself one question. And I’ve packaged it up into a pretty mini-ebook for you!

I do this exercise all the time and it always helps me clear out any clutter that might be tangling up my lyrics. You can grab the mini-ebook by entering your email address below! (it’s free and lovely to look at) 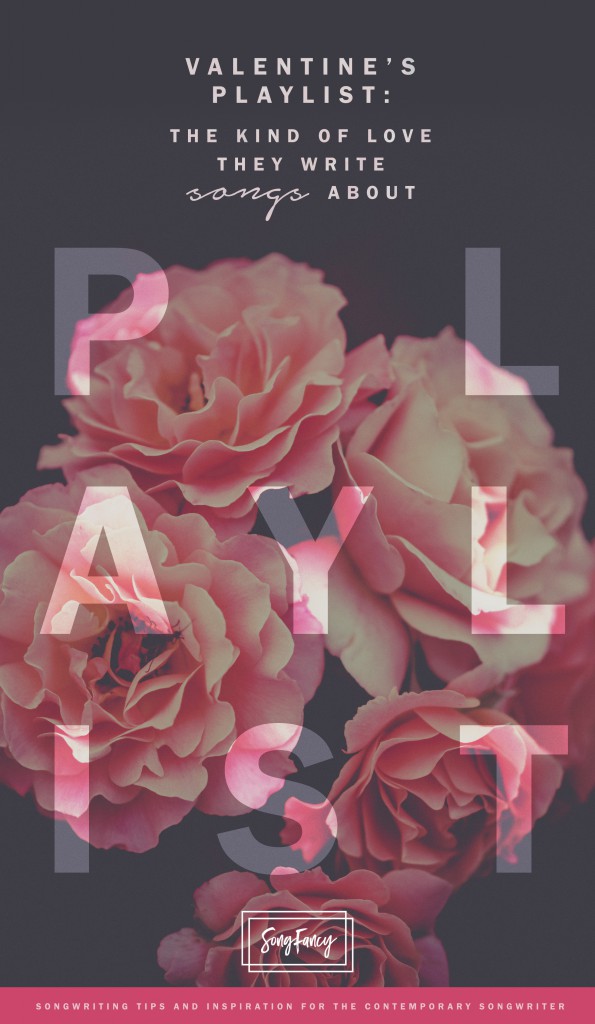 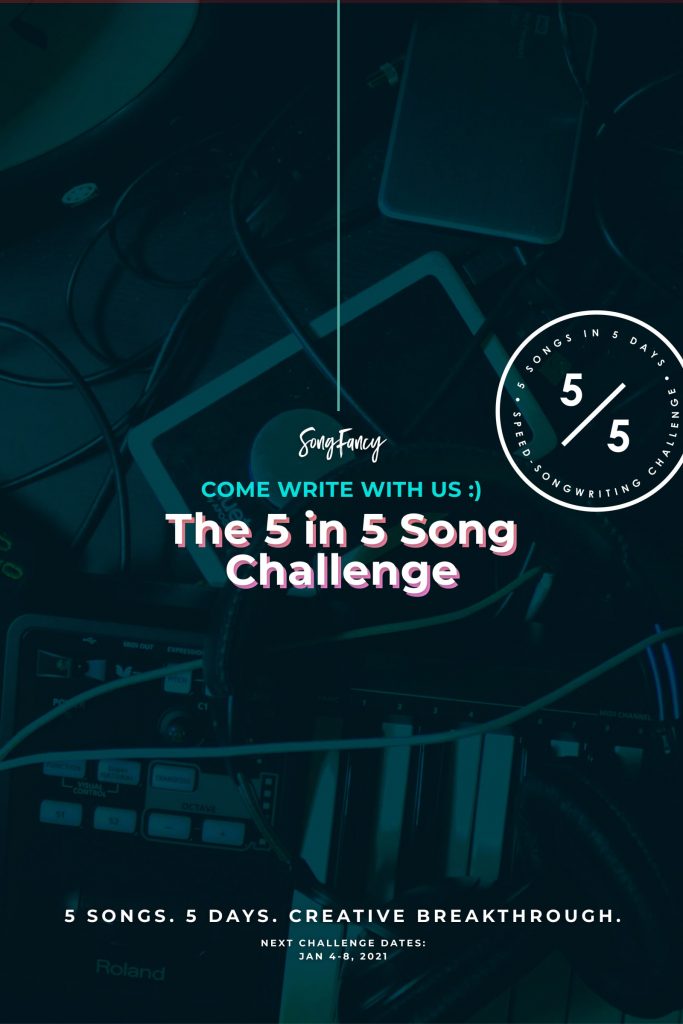 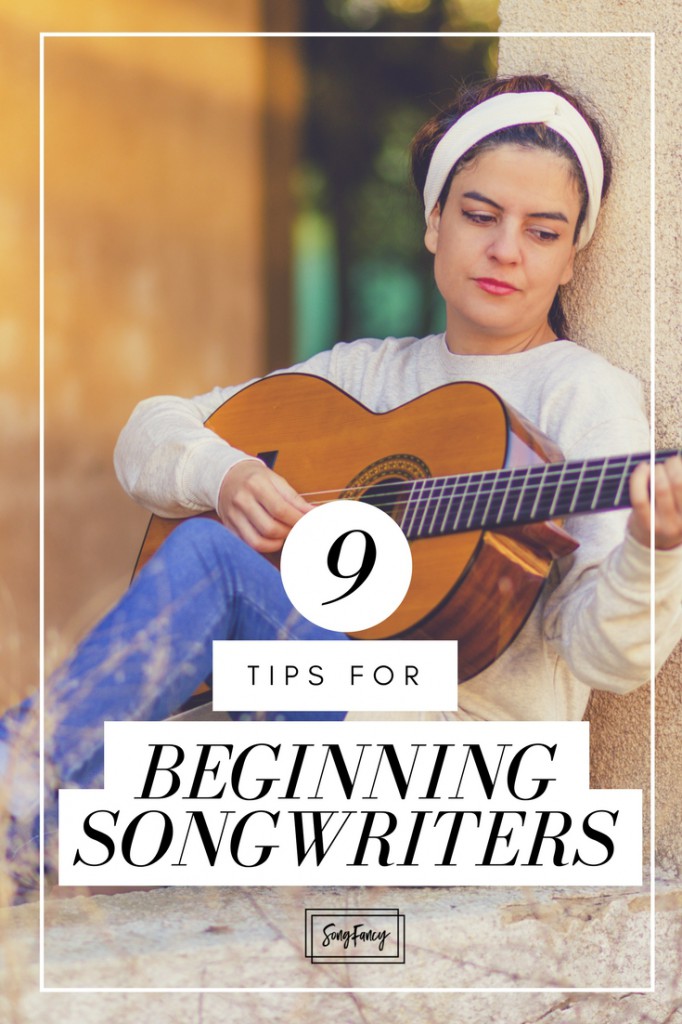