Limiting Beliefs and Songwriting: How to Delete Writer’s Guilt 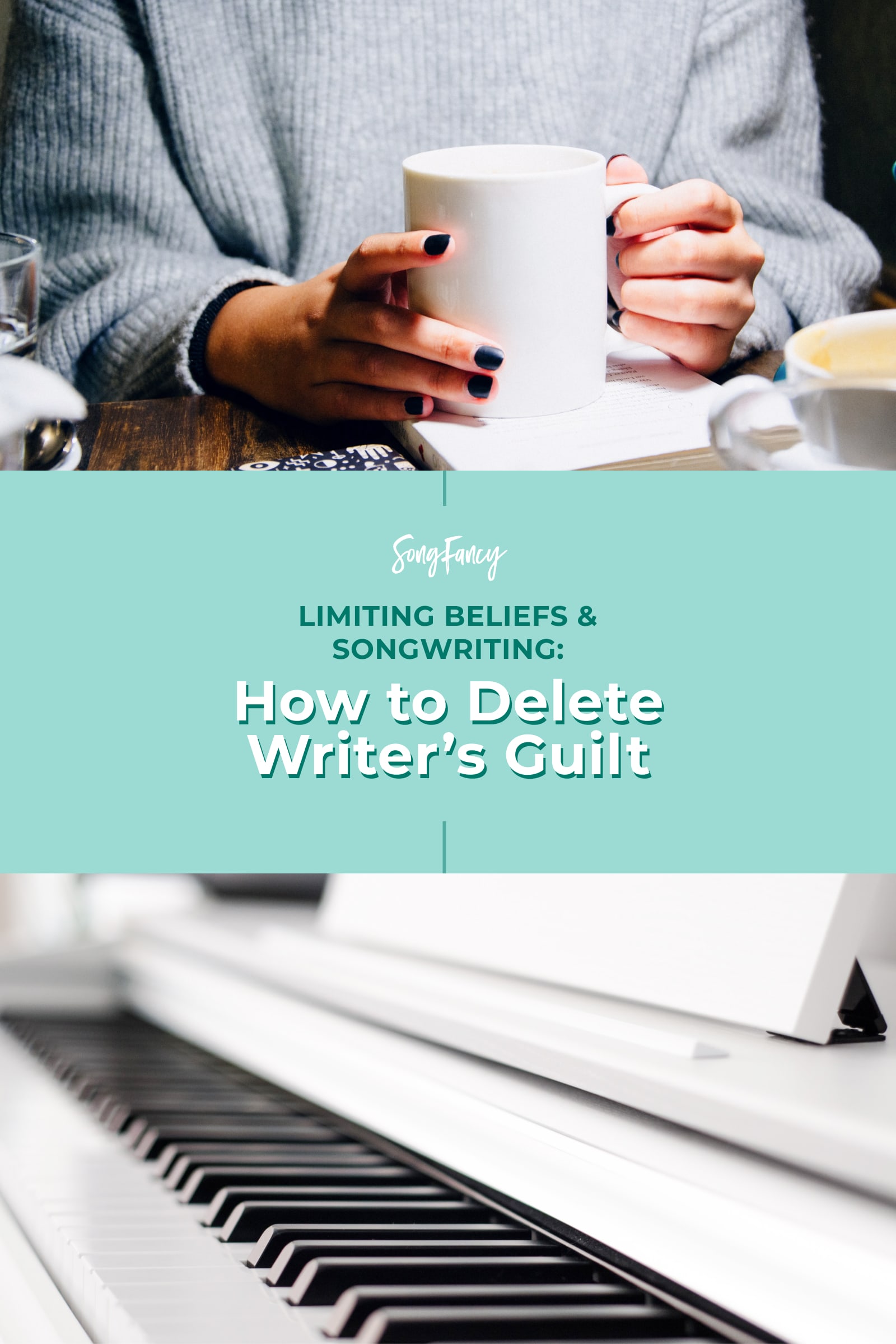 Do you feel like you should be writing more?

Let’s get in to that.

Writer’s guilt is something that we all suffer from.

I mean, how many times have you felt this thought tugging at you?

“I should be writing right now.”

or generally LIVING YOUR LIFE.

How the heck are you suposed to enjoy your live if you’re constantly plagued with thoughts like,

“I should be writing…”

“I’m not a writer unless I write every day…”

“I’m not a serious writer…”

Let’s stop that shit right there.

Cut it out, Lemon.

*in Johnny voice* Everybody just calm down!

“I should” statements are usually the opening act for Limiting Beliefs.

What are Limiting Beliefs?

A belief you hold about yourself, the world, or others, that limits you in some way, and is false.

They’re invasive little fuckers, and can really dig in deep.

Limiting Beliefs can cause you to limit yourself: the choices you make, the way you live your life, the things and people you run toward and away from.

Because Limiting Beliefs are beliefs, they can even effect your health, character, and the way you experiences (or don’t experience) your passions. Here’s an example of a Limiting Belief in action:

Say you’re hiking in the woods with friends today. The hike was impromptu and you agreed to go without hesitation. Because it was a great opportunity to get some nice, socially distant quality time with people you love. And how often do we get those opportunities these days? 👯‍♀️🌲⛰

You’re about 2 hours into the hike when you realize—this is gonna be an all day thing. 😬

“…I should be writing right now. I’m not serious unless I write every day. I won’t succeed unless I’m writing. Why did I do this? Why did I agree to this without thinking that it could be all day?”

The guilt of not writing is now robbing you of the joy of the moment—spending quality time in nature with friends!

You’ve been limited. Slapped with the Limiting Belief that you’re “not a serious enough writer if you’re hiking instead of writing.”

What kind of life is that? One where you’re chained to your instrument and can’t go outside and play with friends?

There are a ton of other Limiting Beliefs out there. We all have many. What are some that you recognize around your songwriting?

Some examples I’ve seen include:

Do any of these ring true for you?

So why do we believe these limiting things? Where do they come from, anyway? Limiting Beliefs are impressed upon from others, or through past experiences.

As children, what we were told and how we were raised can ingrain Limiting Beliefs in us.

They can also develop out of a past experience like a bad breakup, or experiencing something we feel was a failure.

Maybe you had a bad performance on stage one time. Maybe you were in middle school, had just started writing songs, and decided to perform an original song at your school’s talent show.

Aaaand… maybe you were met with silence followed by hesitate applause. Maybe some laughter.

And maybe that experience cemented the belief, “I am not a good performer and should not share my material with others.”

Or perhaps you had a parent that constantly told you “Musicians are destined to stay poor. It’s selfish and lazy to be a musician.” And their words stay with you even today. So you decided to repress that part of yourself because you don’t want to be lazy and poor.

Can you pinpoint any moments in time where your own limiting beliefs were created?

Can we remove Limiting Beliefs? Yes!

We can get rid of out toxic Limiting Beliefs.

Disclaimer: It wont be easy, and it won’t be quick, but it will be worthwhile.

The world opens up when you say goodbye to those old limitations around yourself and your music.

An important first step is to get mindful.

Learn to recognize your Limiting Beliefs when they appear

Notice your thoughts. Do you hear any Limiting Beliefs popping up in your day to day thinking?

Lucky for us, they’re pretty easy to spot.

Look for statements that start with:

Chances are, that’s the first sign of a Limiting Belief. For example, “I am not as good of a singer as professional singers, so I can’t sing and I shouldn’t sing.” When you recognize a limiting belief, examine it.

Let’s say you notice yourself thinking, “I don’t deserve to write with artists…” examine it closely. Ask follow up questions.

LB: “Because I’m not a good enough writer.”

You: “What are you worried about?”

You: “Why do you think you’re not good?”

LB: “Because I don’t write every day. I only have a few songs.”

You: “Will an artist really care if you don’t write every day? Or would they want to write with you because they like the songs you do have an they like you?”

Ok, it’s not always that easy, but it works. Examine your LB’s and ask follow up questions. Chances are, you’re not as limited as you may think! 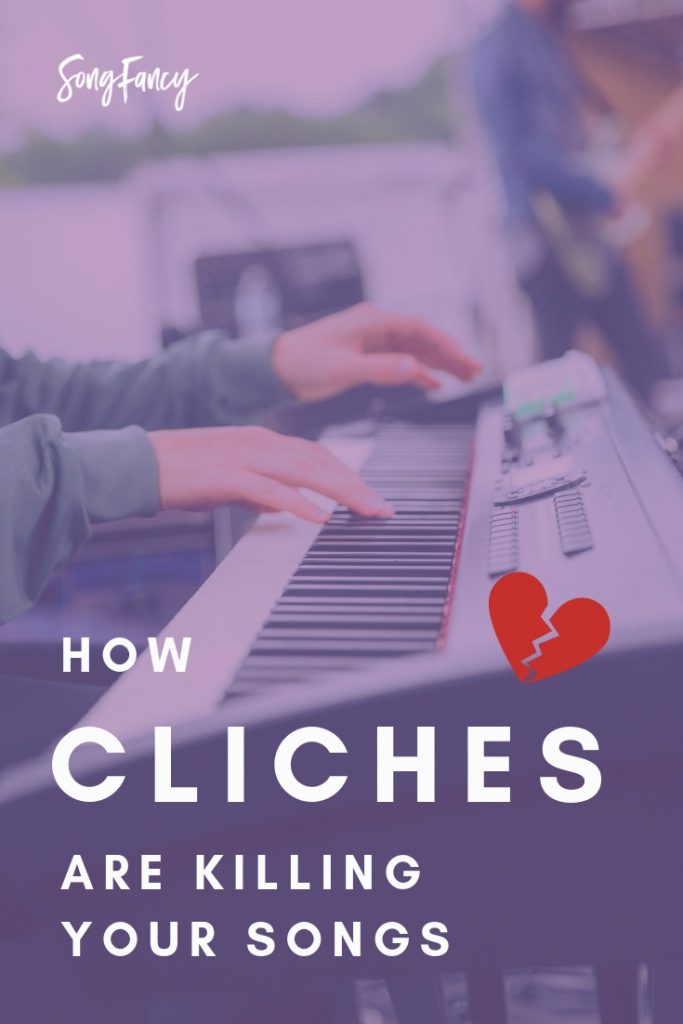 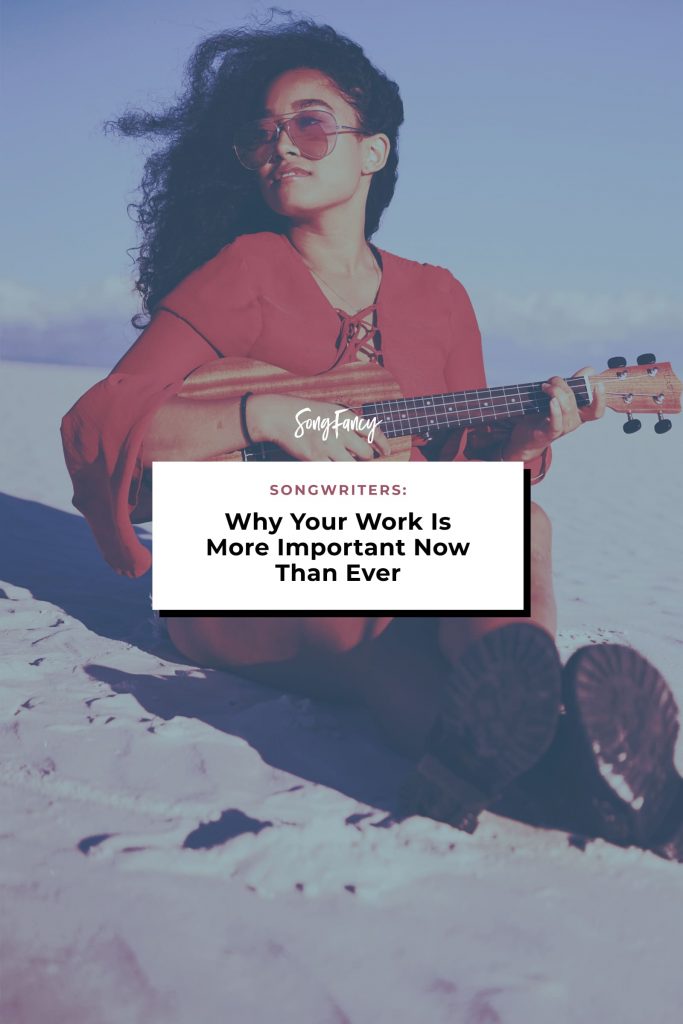