The Pop Songwriting Process with Pop Artist Melissa Miller – Plus, We Premiere Her New Single, Like A Boss! 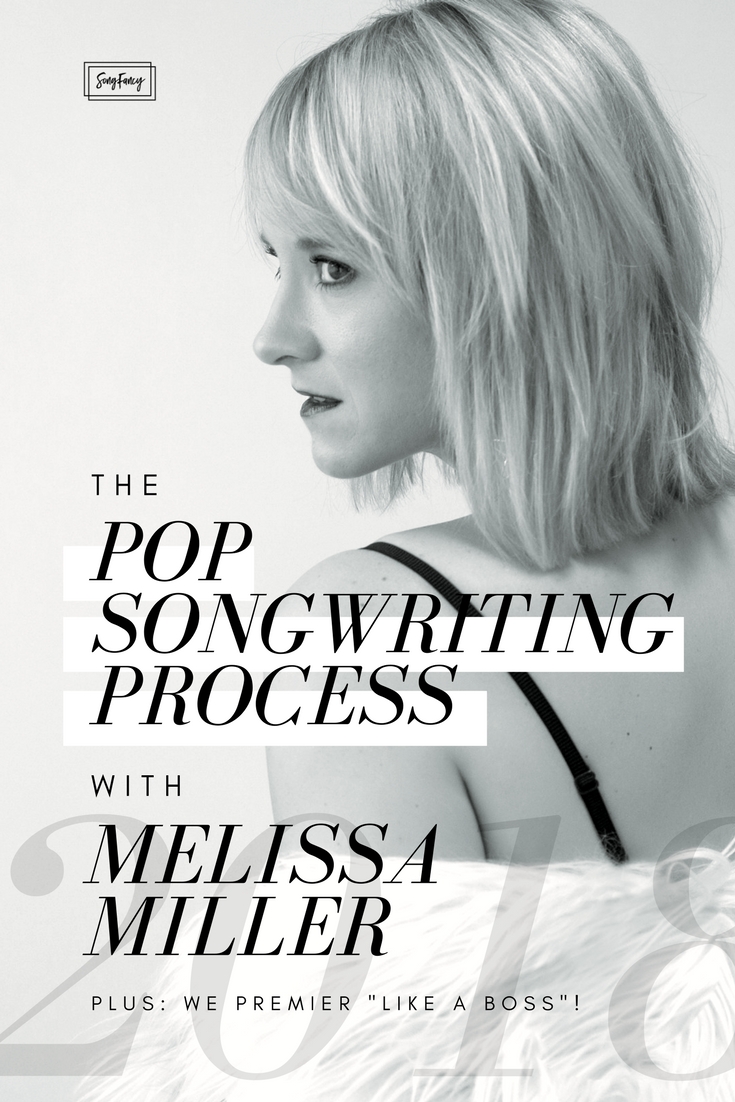 Melissa Miller is a pop artist based in Nashville, Tennessee, who writes highly melodic pop with rich visuals that inspire anyone who listens to (or even occasionally indulges in) Top 40 radio. Melissa shares with SongFancy some insights into her songwriting process, peeks into the writing room, what it’s like writing with trusted cowriters, and a listen to her new single Like a Boss.

SF: Hi, Melissa! Welcome back to SongFancy! It’ so wonderful to have you back on the blog for a follow up!

MM: It’s an honor to be featured on SongFancy! Thank you so much!

SF: When we last interviewed you, you were fresh out of the studio with your last release, Just Push Play. I still love that record, but your sound has changed a lot a lot since then. Can you tell us about this new direction you’re writing in?

MM: Yessss! My debut album Just Push Play was very much a display of me finding myself as a writer and as an artist. It was Pop/Country, and it fit who I was in 2014.

I’ve since evolved sonically into the pop world. I highly attribute this transformation to running. I run as much as I write, and when I run, I naturally find myself studying the production of whatever I’m listening to, which is usually pop/hip hop music. These influences naturally inspire my own music.

I am more excited than I ever have been about the music I am currently creating! I have never ever felt more like – YES! This is ME! SF: Who are some of those pop/hip-hop artists you’re listening to these days?

MM: My playlist is all over the map. I tend to select songs that connect to my current mood and/or circumstances. I most frequently listen to the running playlist I created called MOVE. It’s got Rachel Platten, Taylor Swift, Selena Gomez, G-Eazy, Imagine Dragons, Machine Gun Kelly, Twenty One Pilots, my own music of course, and more.

I am also absolutely obsessed with James Arthur and Christina Perri.

SF: I understand you’re working on a brand new project… do you want to intro it for us?

The track titles are Like a Boss, What You Do To Me, Shadow Boxing, Empire, and Glow in the Dark.

SF: GLOW is such a great album title! It’s totally you, glowing and sparkling! What’s the first single?

MM: Ohhh stopppp! (And by that I mean – carry on! ☺) The first single is confident, flirty, and fun and is called – LIKE A BOSS!

MM: It drops on January 3rd – right in time to step into the new year like a boss! It’s going to be available on Spotify, iTunes, Apple Music, Google Play, Amazon, and Pandora.

SF: But lucky for us, you’re letting SongFancy readers get an early listen! We’re so stoked to be premiering Like a Boss right here on the blog. Check it out at the link below!

SF: So readers should give you a follow on Spotify or any of the above to be alerted when GLOW drops! So tell us, what is Like a Boss about? Where did the inspiration come from?

MM: It’s about this guy I was into at the time that I wrote it. It’s essentially me gushing about the brilliant, fantastical, epic love story I was seeing in my head for the two of us [typical fantasyland-Melissa] – but then it’s also about being old fashioned – wanting him to make the first move. I’m telling him – “If you don’t take a shot, you’re gonna miss a lot, so give me all you got like a boss.”

Side note: The guy I wrote it about didn’t take the shot. *Insert eyeroll emoji here .. hahaha

SF: Hahah, he had his chance! Can you tell us about what it was like in the writing room the day you wrote Like a Boss? Did you write it solo or with a cowriter? Did you bring the idea, or did your cowriter?

MM: I wrote it with Rachel Hutcheson, who is tremendously awesome to write with. She has been my primary co-writer since I got to town five and a half years ago – one of the biggest believers in my artistry and one of the best friends I have.

I brought the title Like a Boss – but at the time, I envisioned it to be an empowering song, not a love song. During my gushing over that aforementioned guy, Rachel was like – “What if that’s what this song is about – telling the guy to make the move like a boss?”

“I’ve stopped with the whole I-have-to-write-a-song-today-or-I-suck mentality. It’s much more about quality over quantity for me.”

SF: It’s so great when a trusted cowriter brings a song to an unexpected, wonderful place. Can you tell us about any of your other favorite tracks on the EP?

MM: There are five songs on this project. Every single a has special meaning and a story behind why it was written, so it’s hard for me to choose one as more significant than any other. However, I’ll share a story about the song I wrote by myself, What You Do To Me.

The day I wrote What You Do To Me felt divine, like it was meant to be written.

I woke up. Every single thing I had planned that day got canceled. I was actually bummed at the time because it was a day where I was supposed to make money – but the event I was booked for fell through. It was rainy, dark, and gloomy all day. I poured a glass of pinot noir and cracked open my diary. I started playing around on the keyboard that one of my best friends [you!] lent to me. A few hours later – What You Do To Me came into existence! I literally used exact sentences from my diary to write it. It was the first song I ever wrote on that keyboard – and writing it came so naturally.

The next day, I was telling a close friend about how I’d missed out on planned income but ended up writing this song. His response is one that’ll stick with me forever:

He said – “So you made future money!”

Such a very cool and positive perception. SF: How was your approach to songwriting different for GLOW versus Just Push Play?

MM: These days I feel freer than ever in my songwriting.

When I first got to town – I was inundated with the “rules” of writing a song. I think workshops and classes are important to some degree – but putting rules on creativity can be a little awkward and unnatural. Don’t get me wrong – I absorbed a lot of knowledge that I appreciate knowing and find valuable when writing – but these days, I am rediscovering passion in songwriting.

I’ve stopped with the whole I-have-to-write-a-song-today-or-I-suck mentality. It’s much more about quality over quantity for me. If I feel obsessively passionate about an idea, I write it – and usually those end up being my (and various listeners’) favorite songs.

“If I feel obsessively passionate about an idea, I write it – and usually those end up being my (and various listeners’) favorite songs.”

SF: How many songs to you think you wrote in preparation for this record?

MM: Glow In The Dark was the first song I recorded for this project. At the time, I was recording just the one single song. Then I loved how it sounded so much – and it naturally progressed into the idea of an EP!

I already had Empire and Shadow Boxing written before the EP was even on my mind. Then both songs ended up fitting in so well to become part of GLOW. Like a Boss and What You Do To Me happened over the course of recording the other three songs.

SF: Did you write with a close, trusted group of cowriters, or did you try to broaden that circle? Or perhaps you found yourself writing more songs solo?

MM: Years ago, I used to write with anyone and everyone. I stopped doing that, as I found my go-to people. My go-to people are the ones who I find so much value in collaborating with and the ones who just get me as a human. There are probably 5-7 people who fall into this category.

“My go-to people are the ones who I find so much value in collaborating with and the ones who just get me as a human.”

My GLOW EP has one solo write, three co-writes with Rachel Hutcheson, and one co-write with Bill DiLuigi. SF: What song was the hardest to write and why?

MM: I wouldn’t say any of them were hard to write. We [Rachel Hutcheson and I] re-worked the melody on Shadow Boxing a few times. We initially wrote it slower paced, and then we were like – uhhh this melody is not working for this concept. The final product of Shadow Boxing is mid-tempo [and will also be coming at ya in 2018!]

SF: Any other fun stories from the writing room?

MM: Ooooh! I forgot about this moment until now –

I was at this restaurant where all of a sudden this super cool melody started playing in my head. I ran into the bathroom, made sure I was completely alone, and sang the melody into voice memos on my phone.

Somebody came into the bathroom right as I was finishing humming, which was slightly awkward.

I guess the writing room isn’t always an actual “room” – it’s wherever an idea sparks!

SF: I’ve so been there before! Sometimes the writing room is a writing bathroom when it needs to be! So where can SongFancy readers get more info on GLOW?

MM: Any of my social media outlets! I am always posting. I am an Instagram junkie, so that’s where you can find me communicating the most!

SF: Thank you for letting us into your writing process, and for allowing SongFancy to premiere Like a Boss! Readers can stream it now at the link below, and be sure to follow Melissa on Spotify and her socials to get alerted when Like a Boss and GLOW are released in 2018. 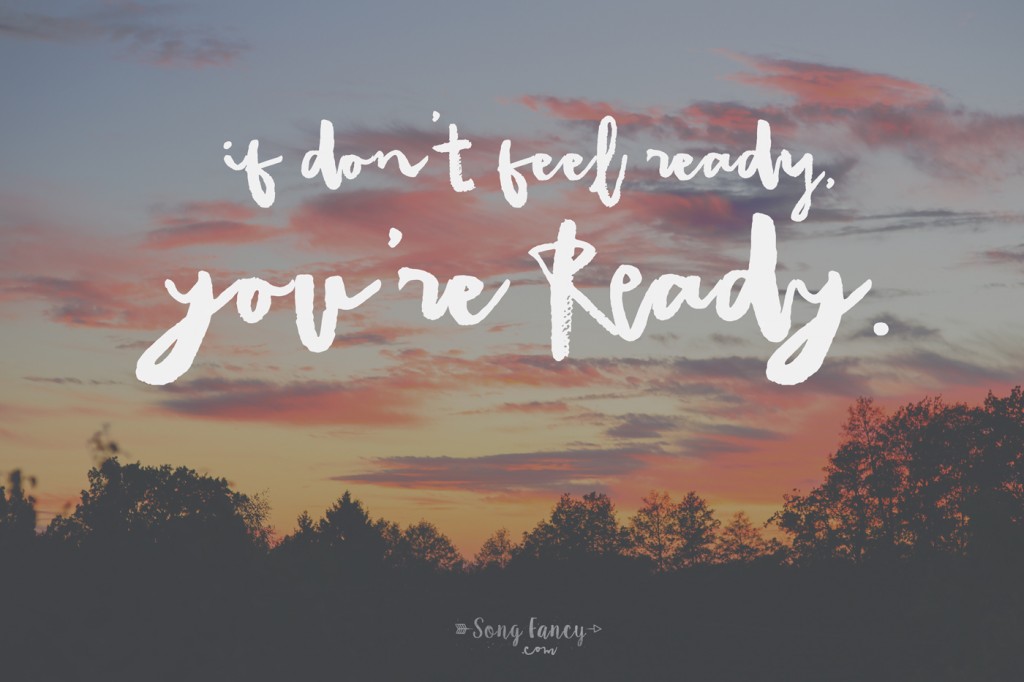 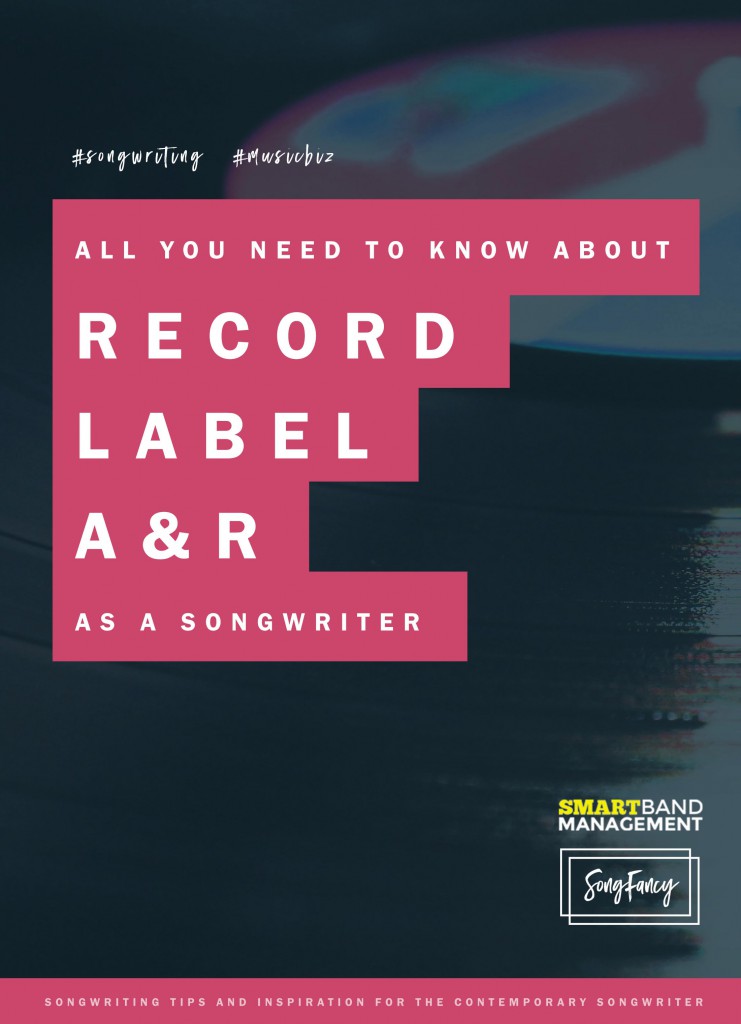